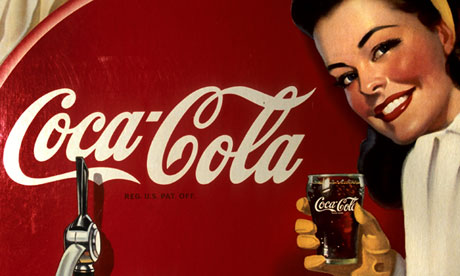 Ever since Coca-Cola launched its bold anti-obesity efforts, employees must have felt like bulls (or Polar Bears) in a china shop as critics pointed accusing fingers, but ultimately it was a vital decision. They gained the upper hand not only in the obesity debate, but also against their competition. I don’t know if it’s just me, but I have always loved the rivalry between Pepsi and Coca-Cola. Isn’t that the true symbol of capitalism: companies doing their utmost to stay ahead of the competition? Delivering exceptional services, products and now sustainability pledges to us, the consumers? Coca-Cola and Pepsi are like two brothers competing for attention, competing for love. But there’s a lot to learn from their skirmishes: namely what direction sustainability communication is moving in.

Let’s begin with a quick recap. You most likely remember Pepsi’s shocking turn at Super Bowl 2010, when it chose to pull back and donate money to community initiatives with The Refresh Project instead of putting celebrities like Britney Spears on centre stage. Barely a year after, in late 2011, Coca-Cola followed suit and turned its cans white in support of polar bears and arctic research with the Arctic Home campaign. Both examples are pure marketing savvy. Consumers want to be engaged in more than mere entertainment, they want brands to stand up and make a difference for people and the planet, and they want to feel that they are supporting something good with their hard-won cash. Coca-Cola didn’t want Pepsi to own this space alone. Competition has moved on from the traditional battlefield to encompassing sustainability, almost following the mantra: whatever you can do, I can do greener. While Coca-Cola is expanding its Arctic support in new markets, sadly Pepsi’s Refresh Project has quietly fizzled away.

But what makes Coca-Cola’s recent move into the anti-obesity debate even more interesting is that it shows how sustainability communication is also used as a strategic tool; dealing with top-management decisions rather than a green flash in the marketing pan. The anti-obesity campaign is not only consumer facing, it’s telling Coca-Cola’s many stakeholders that Coca-Cola has a strategy to tackle obesity. This is a clever tactical move, especially following the recent challenges from lawmakers such as Michael Bloomberg, the mayor of New York who took matters into his own hands and banned large sodas and sugary drinks over 16 ounces – effective from next month. It’s also a pro-active strategy against lobbyists such as the Center for Science in the Public Interest that recently launched, The Real Bears that USA Today dubbed “the video Coca-Cola doesn’t want you to see,” which of course only made the video more popular. It attracted more than 2 million views.

Moreover, it’s also good news for concerned investors. The sustainability rating agencies are gaining importance – and obesity has been rated as one of Coca-Cola’s two biggest financial risks (with water being the other). Sustainability communication is moving from green marketing varnish to the bank vault as investors value companies’ ability to deal with the biggest business challenge of the 21st century: sustainability. There’s big money at stake. Although criticised by some, Coca-Cola succeeded in creating an approach that engaged its many stakeholders – and showed the company has a strategy in place to make a difference. The following months and years will show if Coca-Cola maintains the upper hand in the debate. We can already see these two cola giants waging a new battle over products – with “mid-calorie” variants coming into the market – offering the same taste but lower calories. Either way, Coca-Cola has taken the first step and now there’s no turning back.

From a consumer point of view, the move is bold, but clever. Coca-Cola admitting its high-sugar drinks are part of the obesity problem is as radical as stating that the Emperor is not wearing any clothes! Coca-Cola was stating the obvious, but by finally facing its own demons, Coca-Cola can focus on building real trust with consumers. And if we take a look from Atlanta to Pepsi in Purchase, New York, its chief executive Indra Nooyi can’t be happy about Coca-Cola’s move, leaving them with all but a tough return. Coca-Cola has raised the bar for what’s expected from the soft drinks industry (maybe spilling over to other industries as well) – and consumers will increasingly demand answers. Are we on the verge of a soft drinks revolution, finally?

Coca-Cola is far from the only company faced with similar strategic challenges with the core of its business model at threat: selling mostly unhealthy, sugary drinks. McDonald’s and other fast food companies are also feeling the public scrutiny when it comes to their fatty, salty and sugary offerings. The telecommunications sector has so far dodged the worst criticism, but the questions about data as the new oil will arise sooner rather than later.

What are your industry’s worst enemies? What can you proactively deal with, rather than waiting for the consumer tide to turn – because, believe me, it will. There are cases of companies trying to slay the gargantuan enemy ahead, like BP, which pretended to face the challenge with its claim “Beyond Petroleum” – an attempt that never really moved beyond marketing.

And this is an important lesson. Communication can create the vision and essential shareholder dialogue and become a leading star, but action needs either to be in place or strategically lined-up, and it must be transparent. If handled right, what seemed to be a threat can be turned into an opportunity. It’s always better to stand up to the challenge and face your real enemies (especially those within) instead of sticking your head in the sand like the proverbial ostrich. In the long run, people will respect you and ultimately support you for it. Engage your stakeholders and work together with them to solve the task ahead. Then your worst enemies could just end up being your best friend.

Read the article in the Guardian