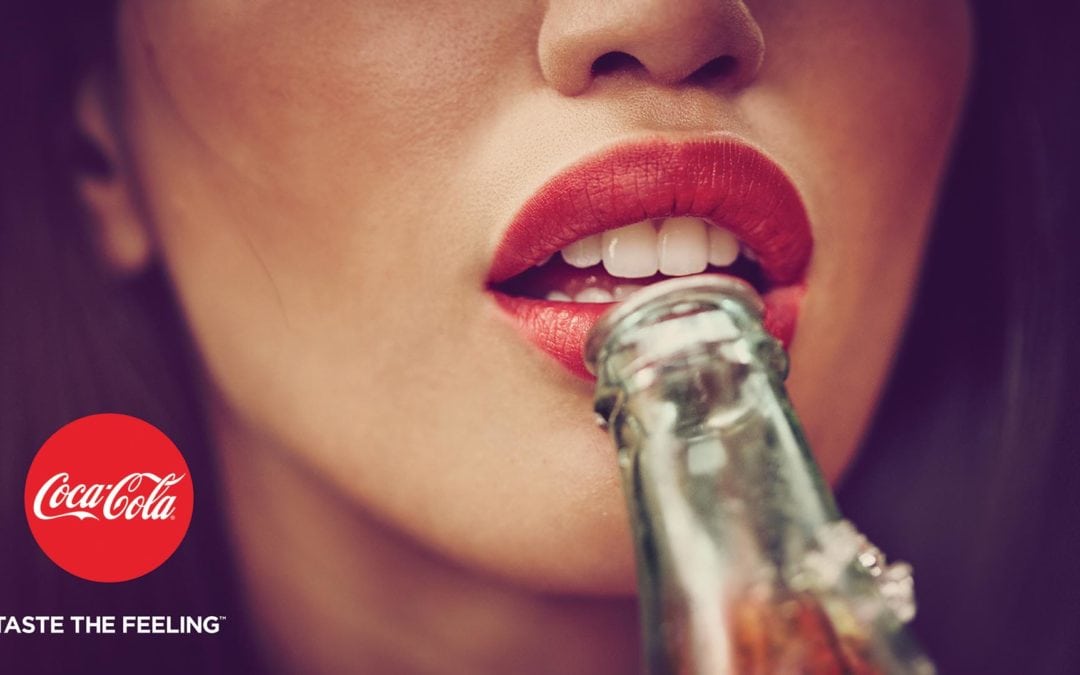 While Coke’s new campaign might be killing the brand, could it be revitalizing sales?

Dear Coca-Cola, I know you have received a lot of less-than-flattering attention lately from front-covers on Bloomberg asking, “Do you believe I’m just big-boned?” to The Wall Street Journal, who thinks the gas is running out of your iconic fizzy drinks, which undeniably are in a 10th year global decline. With a new global campaign out, “Taste the feeling”, I don’t even know where to begin, but through years of judging creative work, my mantra is to go first with the positive feedback.

As one of world’s biggest marketing machines you don’t let the realities on the ground stand in your way. The scientific community and growing global opinion suggests that drinking sodas like Coke promotes health issues including obesity, diabetes and heart disease. With new-ish leadership from global CMO De Quinto, Coke’s skillfully choreographed campaign sings and dances, drawing attention away from the real issues such as consumers perceiving Coke as a dessert, going for healthier options or the fear of Diet coke’s alleged Frankenstein like additives. Yes, Coke hints at health concerns by finally integrating the big three: Classic, Diet and Zero into one film to offer a more balanced calorie choice – or is that just some smart cost-cutting?

Under the old campaign slogan Coke didn’t shy away from beating the drum for world peace, recycling or a healthier lifestyle, this time the message can’t be mistaken it tell us quite simply to drink Coke. There’s barely one frame without a Coke in it. Add to that message an extra billion dollars in the marketing budget and a strengthening of distribution and there’s nothing subtle about it, a global offensive to win back taste buds. With the new global campaign, De Quinto rolls right over the inherent issues with a bellowing marketing war machine, but then again he might not have much time to shine in the US (most marketing directors don’t stay in the same position for too long anyway). As sales of fizzies aren’t living up to expectations in the Western world, Euromonitor (2015) concludes that Asia Pacific, Middle East and Africa were the runaway leaders in terms of volume expansion and will continue to drive overall volume growth. Having spent time in all three regions I still see people walking down the street with a 2-liter Coke and a wrapped white toast sandwich, which they regrettably call lunch. Those are the sitting ducks who can’t wait to, “Taste the feeling” as their income rises.

The new strategy resembles that of Big Tobacco where health-conscious Americans and Europeans are cutting down on smoking. As a result you would think we’re one cigarette butt away from a smoke free world, right? Quite the opposite, globally there have never been as many smokers, with 5.8 trillion cigarettes smoked in 2014. And it’s still on the rise, with China leading the way, billowing smoke behind it. And as advertising-wary Westerners turn to ad-blogger and grow increasingly tired of brands shouting louder and louder for attention, there’s a new aspiring class of consumers with a thirst for brands in Asia Pacific, Middle East and Africa. Again, well done Coke, what looks like a step back in time might just be the spinning wheels of Coke’s truck driving Marlboro man, driving out of Atlanta.

For a company that’s not used to driving its red trucks uphill, it might seem easier to do business as usual and go for a short term fix rather than grow some balls and face the rather critical music from consumers. One could expect more marketing bravery and innovation from Coke, but bear with them, trial effects on mice have shown that sugar increases brain activity, but too much sugar impairs it.  With a historical leadership position in marketing, Coke could have sought more genuine ways to rewire and reconnect with consumers all around the world, call it Goodvertising if you will, but as in any broken relationship it begins with listening and then taking concrete actions – not more hollow health words and empty promises. People and governments will not ignore the global sugar epidemic forever and by then Coca-Cola should have a better response than just more marketing, but  should seek to truly innovate across their portfolio. I like to drink the classic Coke once in a while, admittedly mostly when having a hangover or accompanying fast-food, one of the little perks of a healthy lifestyle, but this recent campaign tastes to me like some flat Coke that’s been out in the sun for too long. But I’m not one to judge, that’s for the Americans, Europeans or maybe even more so the Asians and Africans to decide how they want to quench their thirst. To me, it unfortunately this seems like a shortsighted sales bubble.