Documentary film reveals slave-like conditions behind South African wine labels, but is it doing the cause a disservice? 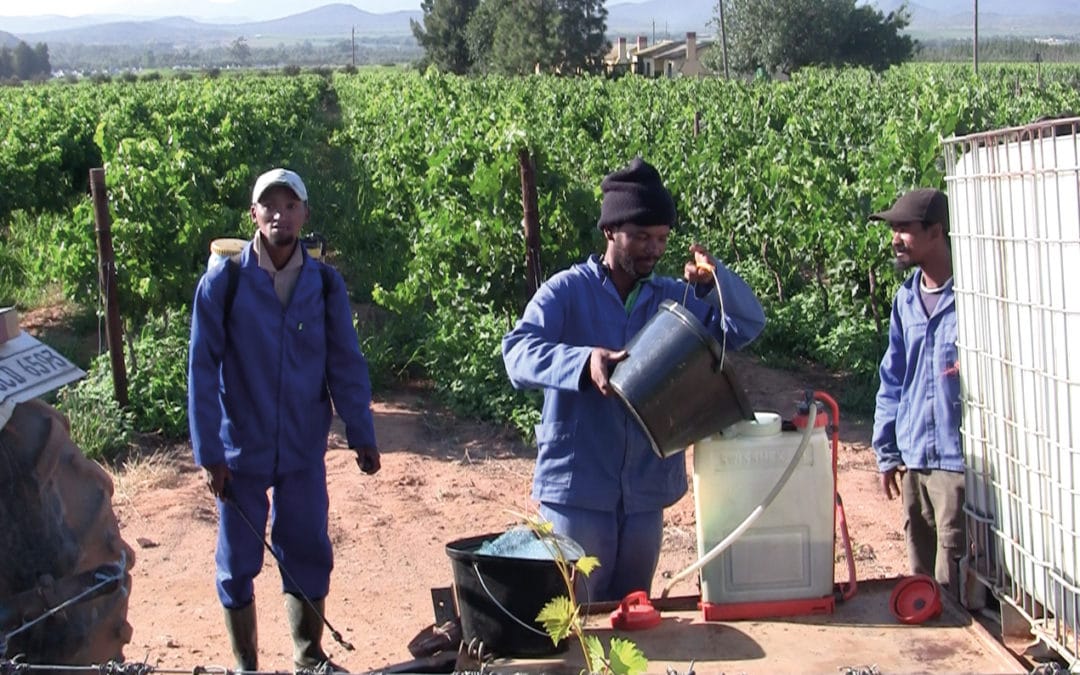 The appalling slave-like work conditions and lax labeling standards by WIETA are portrayed in a recent film Bitter Grapes (#BitterGrapes, @bittergrapes2016) by acclaimed Danish documentarian Tom Heinemann. In the film he’s calling for the Scandinavian supermarkets to live up to their corporate social responsibility efforts as well as leaving me and you with the hasty message about “choose your wine responsibly”. The film’s pointed finger bothers me. Tom, I want to do something, but you give me no life vest and leave me drowning in the so-called bitter South African grapes with no better slave saving advice than “choose responsibly”. The storytelling seems antiquated and its gun-slinging efforts remind me of brash filmmakers like Michael Moore.

Dear Tom, maybe you should have looked to films like Before The Flood that offers solutions and concrete actions to a much more complex issue rather than resort to finger pointing, which most likely will do disservice to the noble cause of fighting slave-like condition in the South African wine fields. As a citizen and consumer I feel left alone and unable to make an informed choice.

Is the film doing the wine workers a disservice?

It’s not easy to say what repercussions the film will have on the Scandinavian wine market, where South African wines are very popular with more than 50 million liters sold every year. Early reports talk about Supermarket chain Dagrofa having pulled products from one of the winery’s mentioned in the film: Robertson Winery. According to the same report retailers Spar, Meny and KIWI have stopped imports of Robertson’s. I’m doubtful the supermarkets social responsibility efforts will help me separate the wheat from the chaff. They seem more worried about their earnings making rushed decisions that will most likely harm the workers they’re intended to help. The South African wine makers attempt to make their case and defend their reputation through a letter published by VinPro, a service organization for 3500 South African wine producers, just added more gasoline and suspicion to the burning wine barrels instead of being more frank about the bitter seeds (excuse the pun) in the industry as well as guiding me towards the responsible one’s.

These issues are always complex like the working conditions for textile workers in Bangladesh, but it’s important to remember what sticks after we watch news like these. In the one minute you spend by the wine aisle in the supermarket, the echoing voice of Tom Heinemann: “slave, slave, slave” might be enough to push you away from choosing a South African wine. It’s an indiscriminate boycott, which will harm all farm workers and makers. Other cases like the VW emission cheat shows people have memory like a gold fish and sales will rebound, but it’s still to early to tell. I believe in people and their ability to choose responsibly if given an informed choice.

So dear Tom, here is what you should have done. Rather than lumping all South African wine makers together indiscriminately you could have used some of those 60 minutes or for that sake the rolling end credits to celebrate those who make wine responsibly, so I can vote with my wallet and shape the future of the South African wine industry and help dreams come true for young workers like Siyabuela, portrayed in the film: “My dream is like everyone’s dream. To have a car and a proper home with a wife and everything. To have a proper job that can pay you a living salary, so you know that at the end of your life your family will benefit.” You can help Siyabuela’s dream come true. My end credits goes to the wine makers in South Africa that’s carrying the Fairtrade label securing workers a fair pay and fair working conditions. Drink responsibly – and if you’re still up for it watch Bitter Grapes with a good conscious here.