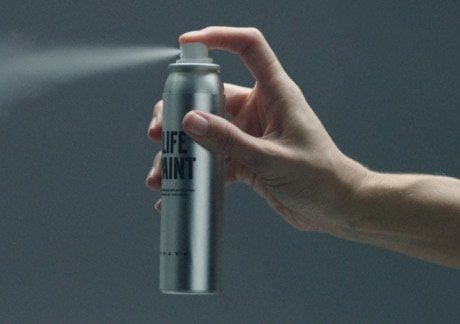 This opinion was originally featured in D&AD

Thomas Kolster is the author of ‘Goodvertising’ and founder of Right to Recycle. In this article he gives a rallying call to creatives, challenging us to let go of our pride, and recycle ideas.

As an industry we are obsessed with creativity. We should think more about impact.
“Here’s to the crazy ones. The misfits. The rebels. The troublemakers. The round pegs in the square holes. The ones who see things differently…” Most ad guys (and girls) can recite the rest of that iconic Apple commercial’s narration by like a choir boy knows his hymns. As an industry we are absolutely obsessed with “thinking different” and when the industry is being challenged we always revert back to our raison d’être: creativity. There’s probably no other industry that likes to celebrate its own genius more than us Mad Men (a title that we bizarrely enough wear with pride). We make Kanye West look like a wallflower.

Pushing mankind forward or merely creative push-ups?
While creativity is what pushes our industry forward, I’ll argue it’s also what leaves us stagnating if not applied properly. Today any serious creative should think about impact. How can my idea impact the most people and make the biggest difference rather than just being a creative push-up to impress creative directors, industry peers and win an award. How can an idea truly make a (lasting) difference?

Ideas can be like a reusable coffee mug
When I was researching my book Goodvertising (Thames & Hudson, 2012) I couldn’t help being impressed by the campaigns’ level of creativity, but even more so with the real difference that a lot of these campaigns made for important causes like water scarcity, poverty, resource efficiency, HIV, environment and homelessness.
Why should a campaign that’s creative, effective and impactful be used only once instead of being shared with others facing the same challenge? It’s kind of like buying your own takeaway mug for coffee instead of throwing away a coffee cup every day. I was absolutely captivated by the idea. What if we could share some of the world’s best solutions and make them spread like ripples across the water?
This led me to build a framework for sharing, Right To Recycle, and an online platform where agencies, business and organizations willing to share their impactful initiatives could meet with others willing to scale and reuse proven, impactful initiatives.
One ingenious initiative, for example, has been generously shared with the community by a Burmese supermarket chain, Citymart. They wanted their customers to shift to reusable shopping bags by rewarding them for doing their part while making sure the bags were used and reused. A priority till was made for customers carrying a reusable shopping bag and in return 70,000 bags were sold. This prevented countless thousands of plastic bags going to landfills or ending up in waterways. Why not reuse the “Recycled Bag Project”, suggest it to a supermarket client of yours and make an impact locally. Can your creative ego handle it?

Some of the recent campaigns out there that could be scalable include Antarctica’s Beer Turnstile. This is where a metro ticket can be paid by scanning an empty beer can, preventing drinking and driving.

In Mexico a simple change to a collection box, so it only accepted bills, pushed up donations to Mexican Red Cross. Could the same idea make a similar difference in your country?

Or what about Volvo’s recent Lifepaint project where a light reflective paint has been developed that can be applied to clothing or a bicycle to offer extra visibility for drivers to notice cyclists.

Think about what new partnerships or business opportunities can be made when sharing ideas – and just think about the impact! Volvo is a company that understands this mindset. When one of their engineers, Nils Bohlin, invented the three-point seatbelt in 1959, which we all use today, the company thought it was too important an innovation to patent and keep and instead shared it with the global car industry. Shouldn’t we in the communication industry be ready to embrace the same generous mindset? Would you be willing to share and scale your work?

Our precious ability to collaborate
As a species we have survived because of our ability to collaborate. How would we ever have been able to take on a sabre-toothed tiger alone? Today our ability to survive is again put to the test.
We need to realise that if we truly want to solve the larger social and environmental challenges lurking on the horizon, we need to be better at sharing and collaborating. We most likely already have answers to most of the problems we are facing; we just need to work together to unlock them.
I’ll leave you with the final words from the Apple commercial, “Because the people who are crazy enough to think they can change the world, are the ones who do.”.