Is Your Campaign Human-Proof? How Limiting Human Interference Can Be Key to Success 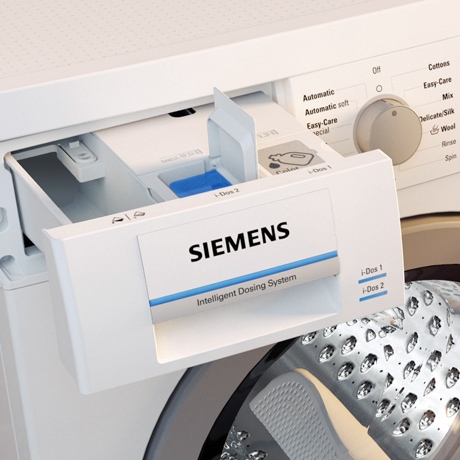 Have you already failed your New Year’s resolution to live a healthier and happier life? We are own biggest enemy and the sooner we realize this, the sooner we can begin making real change. Everybody who’s been put in charge of creating change – whether it’s changing a country, business, organization, system, product, service or minds – knows that what most evidently stands in the way of change is not funds or ingenuity, it’s ourselves. We break New Year’s pledges almost as they’re outspoken, forget to switch off the lights, although risk-aware drive without a seatbelt, keep smoking although we know its deadly, repeat history’s atrocities again and again – raising the question if we at all are capable of taking care of ourselves? We are our own most lethal enemy and our man-made climate crisis is an ever-present reminder.

Change systems or change behaviors?
As a communication professional, I’ve done my fair share of campaigns aimed at changing behaviors. I’ve seen millions and millions invested. Communication is a powerful tool, but it’s not the only answer. When it’s so difficult to change behaviors, why don’t we rather change the products, services and systems behind them? It’s time we start thinking differently and acknowledge our fragile nature and instead design fail-free – human-proof – like if we had to put an airplane in the sky: Can we remove or limit human interference altogether?
Let’s take one of the biggest killers, traffic, as an example. Worldwide, an estimated 1.2 million people are killed in road crashes each year and as many as 50 million are injured. If we removed human interference from the equation and built self-driving traffic systems, that number could be significantly reduced. Globally utility companies and governments campaign or use economic incentives to make people save energy with little effect, but with smart home energy systems, the savings are automatic. Limiting human interference can also be applied to the smallest of designs such as toothpaste only giving you the paste needed, avoiding a paste volcano, or the annoying beeping sound in cars that’ll make even the worst daredevil put on a seatbelt.
Stop the motherly nagging
With rapid technological progress it can be harder to break a habit than design a human-proof system. When the driverless metro was introduced in Copenhagen, people were alarmed by the thought bringing up memories of societies taken over by robots like The Terminator or HAL 9000 in Kubrick’s 2001. But today with an accident-free history, people barely notice the lack of a man behind the wheel. Thanks to Apple’s automatic data backup system, Time Machine, I don’t have to add constant calendar reminders or turn my hand into a scene from Memento. And thanks to OrbSys’ closed-loop shower I can keep my long, warm morning shower without feeling the guilt of drying up our planets scarce fresh water (OrbSys saves up to 90 percent of the water and 80 percent of the energy usage). Big brands can now stop the motherly nagging about the correct amount of washing detergent – Siemens’ i-Dos washing machine is doing all the dosing for me. In Europe, the indoor smoking ban has proven its worth – wonder what would happen if we removed the choice to smoke altogether? Is that going too far?

Fast-track change
Big data, automation, AI, robotics, digitalization, portable devices and other gizmos play an ever-increasing role in our lives without us necessarily paying attention to them, and therein lies the beauty: Less change is needed on our behalf, improving the chance of success for real impact. We’re just at the beginning – the increasing collection of data points make us able to understand complex systems such as traffic or shopping habits and design human-proof systems that limit or eradicate unwanted behavior.
So, dear marketing director or sustainability professional, before you launch your next million-pound campaign, do yourself a favor and ask if you instead can limit or completely remove human interference – and instead save the campaign money for when there’s better bang for bucks. Maybe this should be your (fail-free) New Year’s resolution?