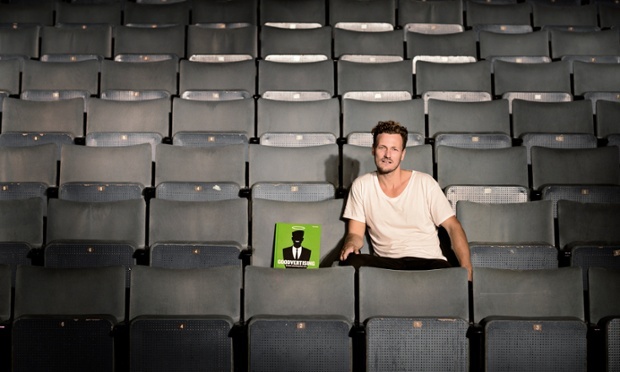 The interview first appeared on The Guardian

What can you tell us about your Goodvertising book and project?

In the past few decades advertising has dominated and interrupted every part of our lives, but people are beginning to question the value of that relationship. People want brands to deliver real value and solve some of society’s biggest problems. Goodvertising is a book about the world-bettering power of creativity in advertising. It’s developed into a project that showcases the brands and agencies that dare to search for new, more meaningful ways forward. It’s time to repair the strained relationship. Goodvertising has effectively become a movement for hammering some common sense into brands.

I was really frustrated with the development of the ad industry. I was a part of it for 15 years, but by the end, it suddenly seemed like the ad world was out of touch with the real world. The message had to change. Brands have a strong relationship with people already and I thought this was a way forwards for brands to prove that they do care. If a brand can actually make someone’s life better, there’s nothing sexier than that.

What is Chains of Good and how does it fit in with Goodvertising?

Chains of Good is a Twitter chain mail where you can share an extract of the book with friends and colleagues and see how your chain mail progresses on a map. I wanted to infuse a spirit of generosity and trust into Goodvertising, passing on inspiration and connecting people with shared mindsets. You can either start their own “chain of good” or join an existing one. They can follow the progress on a map, discussing and sharing using the #goodvertising hashtag. A couple of hundred chains have been created; they’ve crossed all five continents and visited more than 50 cities.

What were your hopes and expectations for the campaign?

I didn’t really know what to expect, but we definitely succeeded in creating something social. Within months the Twitter account for the book (@dogoodvertising) gained thousands of followers even though we didn’t push the handle. It’s also a good feeling to know that thousands of extracts have been downloaded.

What has the project achieved?

I believe we achieved what we set out to do: spark interest, conversations and grow a movement of like-minded people. A feather in the hat was a shortlist for the Creative Circle award. The stats show that 9.9% of visitors decide to buy the book, which goes to prove that marketers shouldn’t be nervous about offering people some engaging content for free.

What made Twitter the ideal social media for this idea?

Our target group (marketing and ad professionals, and journalists) are serious tweeters. Another important consideration was Twitter’s open and democratic nature, in which you can interact with anyone by using their handle. I haven’t shied away from that either. When people were invited to join a chain by a friend and they didn’t respond, the chain would stop growing. Once in a while I’d record a personal video for the person who didn’t respond and send them a friendly reminder to pass it on. It kick-started some fun conversations. We could not have achieved what we did on any other platform than Twitter.

Does marketing have a bad reputation? Do the critics have a point?

They surely have a point. Seriously, ask around you – your colleagues and friends; do they really value advertising? Do they think it’s relevant? Trustworthy? Surveys clearly show fading interest and trust in brands in the Western world. We’ve lived through decades of hyper-consumerism and advertising. Maybe we have hit the wall. It’s a somewhat different picture in emerging markets, although they still expect brands to fix the serious challenges facing their societies. Maybe it’s “ad syndrome” where we – ad people – turn even the worst product into a one-sided, larger-than-life argument, but I’m sick and tired of hearing talk about responsibility, morals or ethics. It should be common sense.

Advertising is a powerful shaper of society and with our media consumption being split into more niche channels and online streaming, advertising is maybe our only omnipresent point of reference. If we fail to live up to this responsibility, we fail what we’ve been tasked to do: build long-lasting, trustworthy brands. In this increasingly transparent media landscape, brands need to embrace a radically changing world or be exposed as nothing but quacks selling snake oil.

The role of advertising needs to change. We can’t keep doing advertising with a patch over one eye, ignoring what most commercials leave to the end, speed-talked in a low voice: the side-effects or the legal stipulations. Brands need to move from pushing wants to solving needs. If brands start caring about people, people will care about them. It’s that simple.

What lessons from the project would you pass on to other marketing professionals?

I would pass on the creative baton and ask other authors to push their publishers in a more creative direction. It pays off. In general, I would dare marketers to think about creating a movement instead of just plugging a product. What are you out there to change? What’s your mission? Think about how you can best involve people in achieving that goal. Digital tools offer so many exciting possibilities. Too many marketers rely on the usual sales tactics. As Albert Einstein said: “Logic will get you from A to B. Imagination will take you everywhere.”

Thomas Kolster is author of Goodvertising and founder of Chains of Good.