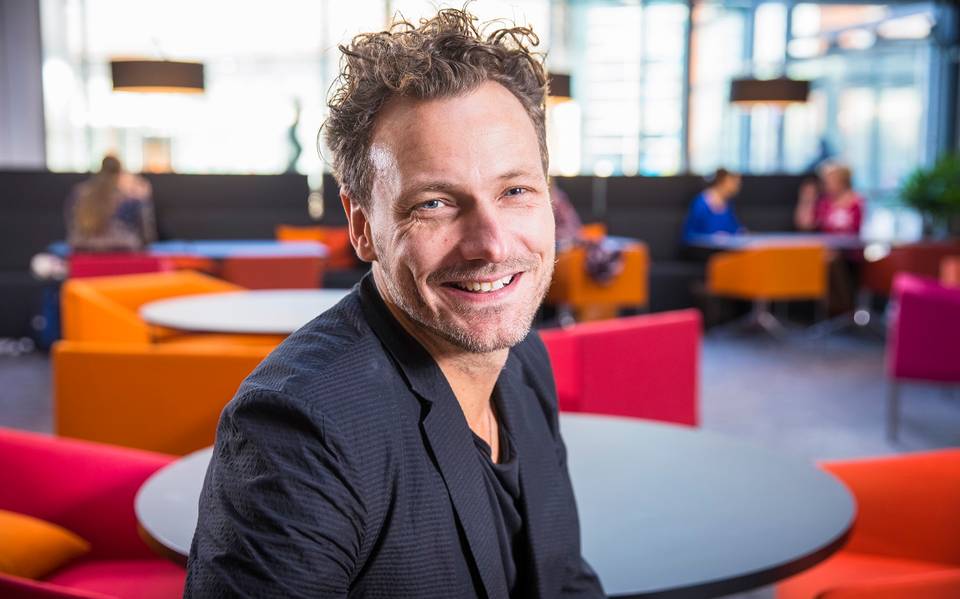 Thomas Kolster was recently interviewed by Marketing & Advertising Finland. This is the translated article – you can see the original here. Enjoy!

Responsibility is on everyone’s lips, but few marketing impressions have real impact – “Words and actions do not match”

Danish Thomas Kolster has been going around the world for years to talk about how marketing could promote change in society that would improve the well-being of people and the environment. But instead of being influential, many companies still just look to make a good impression.

Responsibility and social impact have been emphasised in marketing communications over the past few years, but how well are they really understood? According to Kolster, an expert in corporate responsibility and marketing: still not that well.

“The advertising and marketing sector has made little acquaintance with responsibility. We certainly have not fully understood its relevance to us, our customers, and their customers. It seems that many people are in charge of responsibility in the same way as digitalisation in their time. Like you’ll just be able to read it later, “Kolster says to M & M.

According to Kolster, many brands are trying to give themselves a responsible impression through marketing, even if the goal is to achieve social impact.

“The words and actions of brands do not necessarily meet,”  he says.

A good opening can only be a short-term campaign whose promises are not actually transferred to business activity. Thomas Kolster, who visited Helsinki this week, has been talking for years about what marketing could do to overcome social problems and stop obliterating the environment. Having previously worked in the advertising industry, he founded his own agency.

“I was disappointed with politicians who had not been able to make any decisions. I started thinking about what I could do myself. At the same time, many companies talked about what they could do for the situation. I wanted to document that something is happening, “Kolster says.

Kolster wanted to harness the marketing to work to promote the common good. Kolster started collecting examples of corporate campaigns and innovations that are genuinely trying to solve the problems affecting people and the environment, published in his book, Goodvertising

Now Kolster is also known as Mr. Goodvertising. He has talked about marketing responsibility at events like SXSW, Eurobest and D&AD, and has consulted, among others, Ikea and Unilever.

Brands have to cause dinner debates

In Kolster’s view, the problem is that the marketing image of the world and consumption has not changed, for example, in the 1950s, even though people’s desires have changed:

“I personally wanted a portable player at the age of 14, but now my 14-year-old niece wants to go parachuting,”

At the same time, marketing leads people away from brands:

“Much of the people do not see brands as change-makers in society, but change is thought to go from one’s own actions, and brands must be able to create conversations that could be held at the dinner table,” says Kolster.

According to Kolster, it is also credible that the promises of the company’s marketing communications do not appear as concrete actions. For example, McDonald’s translated the M letter of the logo on women’s day upside down in honor of women. The temptation aroused criticism of what the company really does for women.

According to Kolster, one of the reasons for the high level of responsibility in marketing is that companies are often changing marketing partners. Goals will only be considered in the short term, perhaps one campaign at a time. Making a social impact requires a long-term commitment instead of a few months’ campaign.

“I often run into inspirational campaigns, but I’m only lifting my hat when the company is committed to responsibility and made the right changes,” Kolster says.

Kolster is a strange one in the midst of an industry whose sole purpose is to influence/ maximise people’s consumption behaviour.

According to Kolster, the short-term focus of the campaigns has emerged in the D&AD Impact jury of rewarding socially influential marketing campaigns, where he is involved. This year, judges are supposed to act as advisor to the winners of the competition in order to co-operate

Responsibility is not a cash machine

Responsibility is also believed to be a business advantage for businesses – at least in the future. For example, the S & P 500 ESG index, taking into account the environmental and social impact of companies, was slightly more profitable last year than the traditional S & P 500 index. Many consumer surveys have also highlighted the desire of consumers to support brands that seek to reduce their environmental impact or engage in social issues.

Kolster believes that the company will not be able to move forward in the future if it does not take care of its environmental responsibility and social impact. Still, responsibility should not be focused on the financial side of things.

“It’s the wrong way to go to talk about responsibility. One has to pay for one’s own principles, but that’s why they are appreciated,” says Kolster.

“Change is a journey”

From the point of view of social impact, Kolster notes a good example of Tesla’s founder Elon Musk’s decision to abolish the company’s Facebook account as a result of the Cambridge Analytica scandal.
“It was a clear statement,” Kolster says.
According to Kolster, another good example of environmental responsibility is the Bank of Åland’s Baltic Sea Card, which measures the carbon footprint of consumer purchases in real time using the Åland Index.
“I like the idea to be scalable. Any bank can use the Åland Index, ” he says.
Another good example of genuine effectiveness is his view is the U.S. Interface carpets, manufactured from carbon dioxide recovered from the air. The synthetic fibers used in the rugs are oil-based, so carbon dioxide from the air can replace oil-based raw materials. Interface reported in the summer that the project was in the prototype phase.
The importance of corporate responsibility is growing. But are the new innovations a testament to genuine accountability and the desire to minimise, for example, the environmental impact of a company if, at the same time, the manufacturing of existing products and attempt to sell the consumer goods at the same pace as before continues?
“Change is a journey,” Kolster says.
Shares