As Published in Campaign Magazine: “Your Brand Shouldn’t Hold The Pride Banner: Turn People Into The Activists” 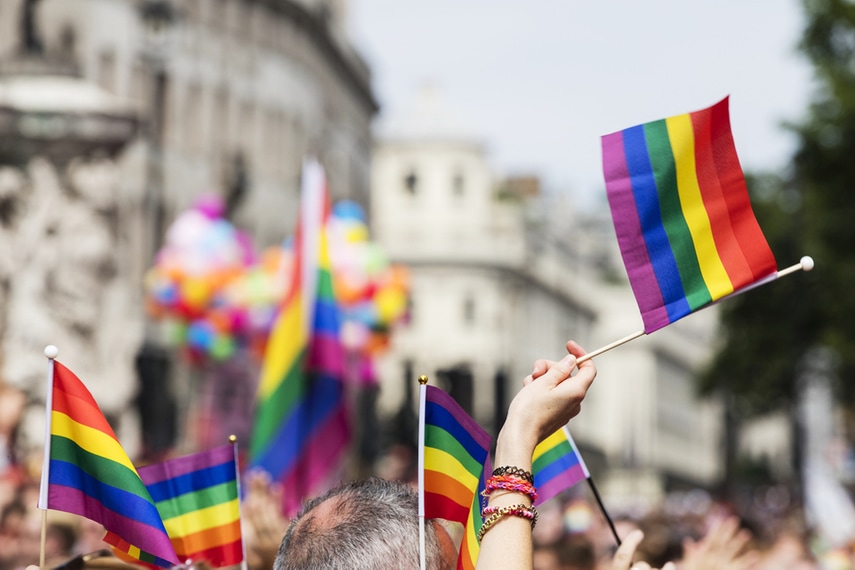 When every brand is claiming to be Nelson Mandela, people are growing increasingly skeptical towards those brand’s efforts. It’s time we wake up and embrace a new direction, if we’re not to jeopardise the brands we’re working for.

And who can blame people for being skeptical? At one point, Coca-Cola was all about happiness, then they’re suddenly about 80s-lifestyle and great taste viewed through a “United Colors of Benetton” lens—and now they just care a lot about a lot of things. They’re “like open” as only a teenager can say it.

Brands are zigzagging, when they’re supposed to be about consistency. Pride is not a badge. It’s about diversity across the board. Purpose, diversity or values won’t cut it in the marketplace anymore, as every brand is waiving a rainbow flag. And those so-called “actions”, like getting rid of Auntie Jemima, making a Lego ‘Everyone is awesome’ Pride set, or committing to a more diverse workforce might wow people for a while, but it’s going to end up as a do-good marathon with no real winners.

Instead, people want to see, feel or experience the difference—so who can you as a brand really help people become? How can you actually get people to confront their own biases or stereotypes?

Diversity is not a destination, it’s a totality of actions

If your brand has signed the Unstereotype Alliance and always represents diverse talent in your ads like adding a kaleidoscope filter, then you’re probably out of the clear right? Wrong. You can’t ever become a diverse brand. It’s constantly evolving. I have taught a diversity class at a university for a couple of years and when showing the students, a #RealBeauty Dove ad, they don’t see it as thought-leading but as common practice. It’s a gradual win for the cause, but it also puts pressure on brands to embrace diversity in all its aspects—not just in communication. As they say, “a high tide raises all boats”.

So you may ask, “What then would a better grasp of diversity look like?”. In totality, it would range and have a presence across all tiers of an organisation. From governance to operations, values and purpose, to products and services and brand influence.

In terms of governance there would have to be diverse set of decision-makers from board room to factory floor. For example, take how the asset management company State Street Global Advisors (SSGA) was applauded for its initiative ‘Fearless girl’ but was ultimately criticised for its poor gender representation.

Where operations are concerned, the likes of Café Femenino has been a strong example of supporting diversity, in that they buy from and empower women coffee farmers.

For products and services ‘ThisAbles’ from Ikea is a great case. Them making modular furniture more suited for disabled people is fantastic. Or take Scotiabank trying to eliminate the pay gap in a campaign ‘Banking on equality’ to attract women—also admirable.

With brand influence, Dove created a model bank #ShowUs together with Getty Images to offer diverse talent and made it open for all brands to use. And lastly, take a look at Libresse, continuously championing how women feel about themselves and breaking down taboos like with #WombStories. That’s purpose.

Don’t just view diversity as an obligation but an opportunity

There are tons of possibilities for viewing diversity as a market opportunity. Take the startup Customiety, for example. They cater with fashionable, adaptable clothes to an overseen market of people with Dwarfism. It’s a market of more than 700,000 people globally. Or simply look at the female-friendly dating app Bumble and its meteoric rise—raking in $2.5 billion at its IPO and with steady user and profit growth. Or take disabled people for example, they’re the world’s biggest minority (1.3 billion people) and represent an estimated $8 trillion market. And hey, they deserve to be treated as people (I can’t even believe that I have to write that!) like in Malteser’s ‘New boyfriend’

Turn people’s passions and creativity into your megaphone

Always’ rallying cry #AlwaysLikeAGirl and Ariel’s #ShareTheLoad are testament to what happens when you don’t just talk to people but ask them to take part in the change. But you can definitely go further than this. #MeToo and #BlackLivesMatter show how we as an industry have to enable, rather than campaign. If you find an issue people truly care about you’ll see their creativity come alive. Great storytelling is like a circle where you leave out a piece for the recipient to think, fantasise or laugh. You’re leaving open a piece of the puzzle to inspire curiosity, an extra heartbeat or brain activity. Communication should not be like a prefab, pre-sliced, bland bread ready to chuck down but rather be open for you to bake your own favourite bread.

Now is not a time to stand still or to stay silent on diversity but beware of treating diversity like a new flavour of potato chips. Brands don’t need to take an activist stand on diversity, they simply have to respond to an increasing pressure. Brand influence is just one of the weapons in your arsenal, but maybe it’s better to get your governance or operations sorted out? We all have to face our own biases and stereotypes, but brands can be like that friend who helps us view the world with a new perspective. So, we have no need for diversity preachers, but we all need a diversity coach.

This article was published in Campaign Magazine: 30 June 2021.