As Published in Sustainable Brands: Climate Was the Big Loser in This Year’s Super Bowl – and So Were We 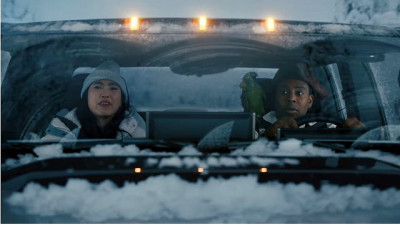 Super Bowl LV wasn’t a year in which brands showed leadership with their sustainability messaging; but after the divisiveness, the climate emergency and the rampaging health crisis of 2020, it was a relief to have a laugh.

As the Buccaneers delivered a convincing victory over the Chiefs, brands picked up the fight in the world’s most expensive advertising break and one loser was clear: our climate — and our health. This was an unusual Super Bowl, with fewer examples of goodvertising than in the last couple of years — most brands this year chose slapstick and old-school “foot-in-the-door” product focus, rather than aiming to play a bigger role in our lives.

Notably, some Super Bowl regulars — including Hyundai and Coke — stayed away altogether, doubting the return on investment. Budweiser skipped its famous Clydesdale horses; and instead, decided to donate to a vaccine-awareness ad campaign — yet still promoted “Bud Light,” “Bud Light Seltzer Lemonade” and “Michelob Ultra.” That said, this year’s ads ignored basic heath precautions such as physical distancing and face masks. But here are some of the brands that aimed to make a positive impact:

Can someone please save Chipotle?

Chipotle had an important message about the carbon-reducing potential of agriculture with its commercial, “Can a burrito save the world?”, I was anxious — as Chipotle has a serious record of groundbreaking ads including “Back to the Start” and “Scarecrow”; but if something needed saving, it was this ad. The storytelling was contrived, inauthentic and seemed like reading a passage from a sustainability report delivered by the usual spokesperson when it comes to climate messaging: a kid. Maybe Chipotle needs saving?

If you’re committed, this is how it’s done!

One of my only highlights in the goodvertising space was General Motors’ “No Way, Norway” — featuring comedians Will Ferrell, Kenan Thompson and Awkwafina picking a fight with Norway, for being the country with the most EVs sold in the world. It’s one of the best-executed ads around a corporate commitment — 30 new EVs by 2025 — that I’ve seen: Most commitment ads should never have aired. Who honestly cares about what your brand is going to do in 2025 or 2030? I have a choice, now. It’s like catching my girlfriend cheating, and she promises me that she’ll gradually be more and more faithful towards 2030. If you want to share your commitments, stealing people’s precious time with a 30-second ad is most likely not the answer. But hey, GM gets away with it and I’m even cheering for them. In fact, GM took it one step closer with its “ScissorHandsFree” ad, starring Winona Ryder and Timothée Chalamet in an Edward Scissorhands reboot for its all-electric Cadillac Lyric. The focus was not the usual eco message we’ve seen, such as the “Hero’s Journey” for the Kia Niro; but instead highlighting a new feature: an often-used industry tactic.

There were other refreshing commercials in the climate space. Swedish oat milk brand Oatly — known for its tongue-in-cheek ads — was a newcomer to Super Bowl with a commercial featuring its singing, piano-playing CEO. The message was simple, on-brand and refreshing: “Wow, no cow.” It’ll be interesting to see whether Oatly needs a less generic message going forward as competition rises in the category. Hellmann’s turned Amy Schumer into a “Fairy Godmayo” — a weapon in the fight against food waste (“Make taste, not waste”); I appreciated the lack of the usual finger-pointing tactics around the message.

Quite a few car brands have stayed clear of environmental messaging to avoid green-washing and instead focused on social issues. Toyota’s “Upstream” ad shared an inspiring story about record-breaking Paralympic swimmer Jessica Long, the company’s support of Team USA, and an uplifting message: “We believe there is hope and strength in all of us.” We all could need an injection of hope during these times, but I still feel Toyota didn’t succeed in connecting its sponsorship to the global health emergency or the despair of average Americans. Jeep’s “The Middle” turned to Bruce Springsteen to touch hearts and minds, and encourage us to find common ground during this divisive time with the mantra: “ReUnited States of America.” I do think Jeep succeeded in walking the thin line; but obviously, with Bruce on board, you’re already touching the American soul. I was surprised not to see more brands try to strike a tone of unity, as it’s a much-needed message.

You are what you portray

Hope won’t cut it in the fight against the pandemic; and it was disappointing — and, quite frankly, disheartening — to see brands ignore this important time to share some common-sense behaviors, such as wearing face masks or physical distancing. Most commercials portrayed a fairy-tale world, where the pandemic didn’t seem to exist or people didn’t give a damn about those life-saving basics. At a minimum, I do think brands should use their voices to encourage healthy behaviors — they didn’t, and that was a big fail! Even as I laughed at the Bud Light Seltzer Lemonade’s “Last Year’s Lemons” and its portrayal of 2020 as a real lemon, I still couldn’t help thinking: Where are the face masks? The social distancing? The handwashing?

One thing is the key message or the storytelling; but brands should always aim to showcase positive behaviors, as we have witnessed with advertisers coming together in the Unstereotype Alliance, aimed at eradicating harmful gender-based stereotypes in all media and advertising content. We need the same more than ever, when looking at the right health and climate behaviors. You’re not sacrificing the storytelling of a beer commercial if the actors are wearing a face mask or if they opt for a bicycle rather than a car. Like, you don’t see actors smoking on screen — it’s just common sense.

Ready to head to outer space — or give this planet your best shot?

Super Bowl LV won’t be remembered as a year where brands showed leadership; but in the wake of the divisiveness, the climate emergency and a ramping health crisis, I must admit, it was a relief to have a laugh and be distracted from those hard-hitting lemons. The real work awaits ahead for brands to do their part. The clock is ticking, and the health emergency and the divisiveness are not stopping the ramping climate emergency; and as brands are faced with a battle from multiple sides, it demands focus.

I’m an optimist, but I got to admit when a commercial rolled for a trip to space by “Inspiration4,” I thought — I’m in! Wonder if there’s a one-way option? But isn’t that the beauty of it all — we’re stuck here (and inside, for now). We all share this home on a tiny blue planet; we have to give it our best shot to make it work, while we still can.