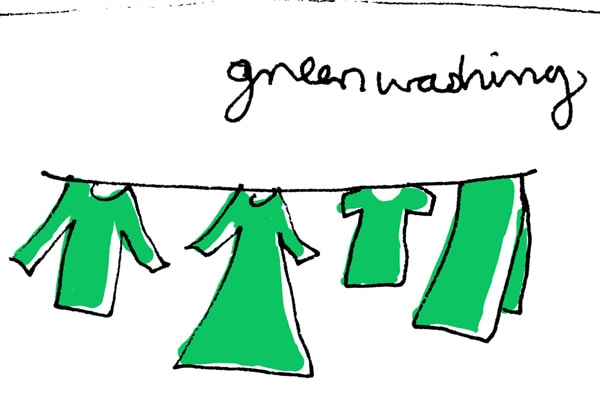 I’m going to defend the green washers (at least some of them). Personally, I think it’s better that a brand gets out there and adds to the responsible voices in the marketplace rather than continuing campaigning for mindless consumerism. In the end, it will make more people hear, “save the world,” instead of, “consume the world.” I don’t think consumers are dumb. They can easily figure out that the messages are hollow and do not follow through on their promises. In that way, they’ll put pressure on the brand and the brand’s green washing attempt will turn into real, responsible efforts with tangible results.

As such, I really don’t see green washing as a problem. I see it as a potential. It is a brand’s first unsecure step in a good direction, a brand that is trying to walk the talk of sustainability. Look at Nike, for example and how the publicity about bad labour practices in the 80’s and 90’s has turned them in a responsible direction – and how they are held responsible for that pledge as the latest string of bad labour practice accusations against their Converse brand shows. We’re not going to succeed if we have a negative focus, if everybody is talking about what companies and brands are not doing. Let us celebrate what has been done – and support those who do something rather than nothing, at least they’re trying! Think about that when you fear to take that first step in a better direction or before you join the critics of green washing. Let’s rather go to work saving our planet and ourselves with a positive mind set.