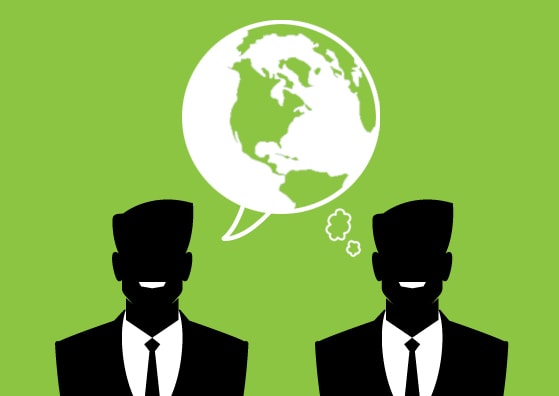 How to make Goodvertising
Yes, you guessed it right: Goodvertising is a word play on ‘advertising’ and ‘good’. For an ad industry most commonly known as Madmen, quack doctors and suits selling cigarettes, liquor and gas-guzzling cars without any moral reservations, putting ‘good’ in there might seem like a paradox or at worst hypocrisy. In many ways it is, but there’s a fundamental shift happening in business, that has direct implications on its submissive servant: advertising.

A Strained Relationship
Author, marketer and tribe-guru Seth Godin defines a brand as a set of expectations, memories, stories and relationships that, taken together, account for a consumer’s decision to choose one product or service over another. But the stories that brands have been telling us are suddenly being caught up by an increasingly transparent market a.k.a. ‘the truth’. Sodas that make people fat, clothing with toxic chemicals, palm oil in shampoos (responsible for chopping down pristine rainforests), supermarkets that treat their workers like a pack of toilet rolls, electronic devices that cripple people in the developing world that have to deal with e-waste from your iAddiction and the list goes on and on. How will those tainted memories and stories make the brand relationship last, if we look back to Mr. Godin’s definition? Most of the relationships we have in life with humans, rather than brands, rarely stand up to one lie and don’t do well at all with repeated lying. And if they do it’s probably an abusive rather than a healthy relationship.

Time for Couple’s Therapy
If a recent survey, Havas Meaningful Brands, was the outcome of your couple’s therapy session, there’s not much love left to build on. The survey states that two-thirds of consumers don’t care whether the majority of brands survive or not. The repair we need demands more than a mere cosmetic fix to your communication, or recycled cardboard packaging. Brands need to change from being part of the problem to offer, genuine tangible solutions. This is where forward-looking brands are embarking on a journey to change their advertising into #goodvertising. It’s not what you say with your advertising, it’s what you do with your advertising. This is where the good in Goodvertising comes into play: How can you make a real difference for people & planet (while still adding to the brand & bottom line)?

But before you can begin fixing the relationship and make a difference for anyone, you have to get your own house in order. It’s important you’re brutally honest when working with Goodvertising, because the advertised story is only the tip of the iceberg, the majority of the story – the backstory – lies below, hidden from the human eye, but not from savvy social media or from the brutal transparency offered by technologies like GoodGuide; dissecting products’ real environmental, health and societal damage like a Greenpeacer with a chainsaw. How was the product made? What does it contain? Toxins? Conflict minerals? GMOs? How were those workers treated? How did it get transported to the store? What happens when I’m finished using it? If you as a brand stand up for serving a fair cup of coffee like Starbucks, but only pay pennies in tax compared to the local coffee shop around the corner that pays its full part of societal contribution (also called tax), then your customers might not perceive you as completely fair. This was something Starbucks in the UK felt when customers and activists camped in their stores in protest. Rebuilding a relationship on honesty takes time.

From part of the problem to part of the solution
Now, it’s time to light the candles and build fond, caring moments with Sarah, Peter and Amet (Yes, your customers). We’re at a time in history where there is a lot for brands to do besides a cheap sell or a hollow ‘pretending-to-be-different’ branding fix. From the worried mum, concerned about the sugar content in her children’s box of cereal to paradoxical mega trends like obesity and malnutrition, poverty and extreme wealth, the rights of men and women, rapid growth in young people and rapid growth in old people – there is a lot of work to be done. As most products and services today only offer incremental differences that move glacially at best, Goodvertising offers the possibility to reach out and connect with people around issues that can make a positive difference and truly distinguish the brand. It’s simply a more caring brand story. Take a close look at the brand and its product or services. Listen to all your stakeholders from the most loyal house mum Martha to your biggest critics. Again be brutally honest, look for the positive and negative in both the advertised story and the backstory. Now, see how those positive or negative aspects can be turned around to make a difference or see if there’s something your stakeholders talk about where you can contribute positively from the product itself to its community of users, or what about an entire country or a global challenge? Examples you probably know are Dove making a difference for their target group by fighting for women’s self-esteem or Bodyshop that wants to end its industry’s animal testing practices. But potentially any brand can find a Goodvertising approach by looking for a caring story that makes a difference.

It’s not always the big brand exercise
A drive-in is one of those iconic symbols of American car culture and if you grew up in the US, the chances are you probably had your first kiss on the backseat of a car lit only by the shine from the big screen. Honda, the Japanese carmaker, observed that drive-in cinemas across the US were closing as movies went from celluloid to digital projection. For most of the drive-ins, often small, family-owned businesses, the expense of a digital projector was simply too costly. Honda, seeing a need, created a campaign asking people to support their local drive-in, so far 9 drive-ins have been saved, 56.000 USD in private contributions have been raised and more than 130.000 people have pledged to visit their local drive-in. It doesn’t always have to be a big ‘brand turnaround’ experience, Honda found a great way to connect with car (and movie) lovers in a joint effort to preserve an important piece of Americana. Everyone wins.

You need the curiosity of a Pulitzer-winning journalist
The skillset you need to make Goodvertising is essentially still the same: a nose for a good story and cunning creativity. But you need to use more than the imagination of a Hollywood scriptwriter to create your fictive story out of a product attribute, you need the curiosity of a Pulitzer-winning journalist to snoop out the stories in real life and the challenges facing us all. The carpet manufacturer, Interface, found such a good story. In South-East Asia, abandoned fishing nets are a big problem as they deteriorate slowly and animals like seals, dolphins and birds get caught up in them with fatal consequences. Interface encouraged impoverished fishing communities to collect the nets and bought them up. Using a completely new process, they created a new, beautiful carpet called “The Net Effect”, which honours the ocean, its fauna and its people.

It’s simple: care
Advertising is facing a world that doesn’t want it any more. We are facing the dire reality of a world with scarcer resources and consumers that are tired of brands behaving like self-serving dictators. Goodvertising offers a new way forward where it’s about serving real needs instead of creating wants. If you can tell the story of a fun, healthy, happy future while showing people that businesses and brands can move from being part of the problem to part of the solution, then you might be able to rebuild the lost trust. Let’s be honest with ourselves – people create brands and if they’re created for us and by us then they need to care – just like we do.

This article was originally featured in Adhugger