I was too single-minded. 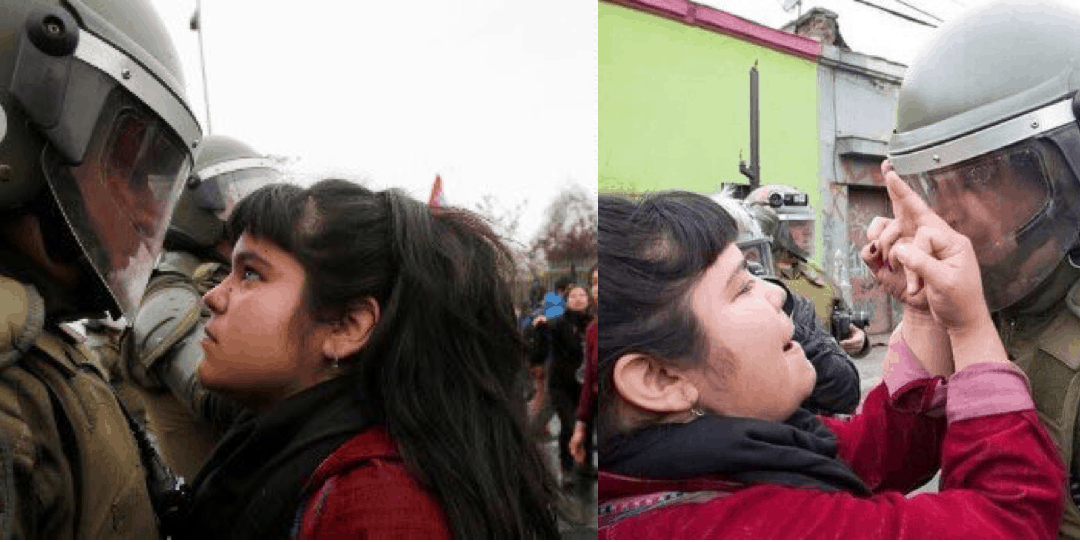 Today I got a serious reminder that there’s always more than one story to what you read in the news. Earlier I tweeted a stunning image from CNN of a girl starring fearlessly into the eyes of a riot police officer dressed in protective gear. She was marching to mark 43 years since the Pinochet military coup in Chile and her silent, but saying protest was almost like revisiting the Tiananmen square man facing a tank. BUT a good Chilean friend pointed my attention to a somewhat completely different picture of the same girl that was making its rounds in Chile.