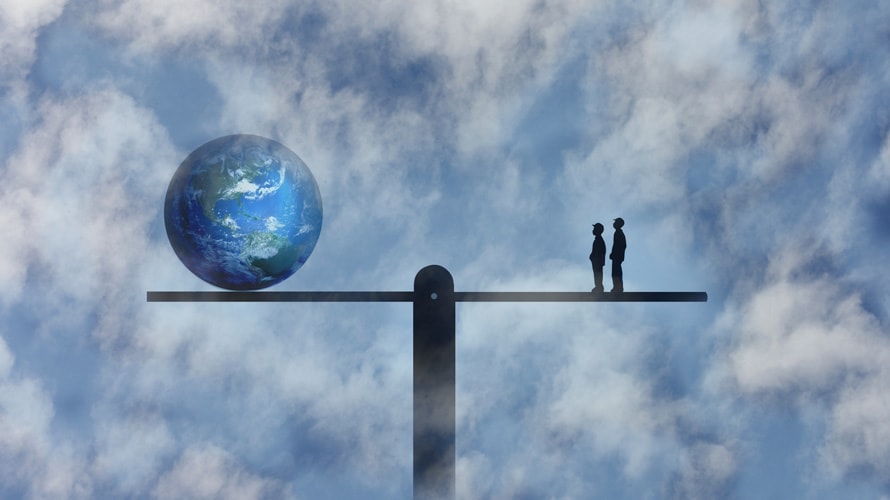 Be good, and you might get lucky: Advertising’s new consumer pick-up line is all about a higher purpose and saving our world from all sorts of ills.

Brands and business leaders try to outcry and outdo each other with big promises and pledges, like chattering bids at a cattle auction. The bidding war might benefit the environment if good intentions turn into action. But that being said, those are still drops in the bucket (whether the water level is rising or not).

Empty commitments from the usual CEO club of climate supporters, proudly wearing their little silver sustainable development goal pins like they grant access to some sort of new climate-based sect of freemasonry, only go so far. It’s yet another elitist outcry, leaving ordinary people (or businesses) behind, which are the real silent majority.

I’ve never had anything against climate deniers — they don’t know any better — but what I really don’t like are the climate saints that are ready to throw stones at everyone else like some sort of climate inquisition on speed. Every little misstep is condemned, and we’re all being judged. Don’t fly; don’t eat meat. Don’t even breathe, because let’s be quite frank: stopping breathing is perhaps the most effective at saving emissions. The climate emergency is scientifically proven; there is no discussion to be had. Yet it feels like another beliefs-based war in the dark ages between those who are enlightened and those who are ignorant or outright deniers.

I’ve always believed we’ll only succeed in mitigating the climate emergency if we are able to motivate the majority. That doesn’t happen by telling them they’re wrong and we know better. If you’re good at math in school, would you then point fingers or tease the kids at the tables in the back of the class? Those kids might come from less fortunate circumstances than you or might not be gifted with your superior intellect. The starting point for this conversation has to be about people.

This is not a time to shout louder; it is high time we listen. Listen to those people who have been left behind for whatever reasons or who choose to think differently than us. They might live in rural areas that haven’t seen the same progress as in the cities, or live in the cities that are perhaps only pushed further from power centers as gentrification cuts through, or they might be part of the billions living from penny to penny. We see the discontent from the yellow vests to Brexit to the Santiago riots. The climate emergency is first and foremost a social issue; the billions of have-nots, the left-behinds, the forgotten. We simply denied them in the first place and now demand their trust and belief.

I don’t advise leaders, politicians or businesses to seek the higher moral ground and put on the purpose mantle. They’ll fail just like they always do. But what’s good enough?

Business leaders and politicians are scared, there sadly aren’t enough votes (or sales) in polar bears and ship-sailing Gretas unless you’re preaching to the choir. We’ve seen how a hike in fuel prices has wreaked chaos and uprisings in South America. If ethics comes at a higher price or inconvenience, not everyone seems to have the means to buy salvation. Instead of more grandstanding and leaders competing on purpose and commitments, maybe it’s time to step down from that world-saving pedestal and be more human, listen more and put people before your corporate crusade. Because that’s really what this is all about.

It’s time we create a truly inclusive climate movement that’s not just for the folks willing to pay an exorbitant amount for their little feel-good-fair-trade-organic-brought-by-ship-solar-roasted-locally-made-caffeine kick. There are people out there that go to work and save up for that trip to a resort in the sun and who ridicule the people that scream about the immorality of flying.

Let’s listen, not preach. I used to believe in purpose, but quite frankly, I’m tired of businesses and their Superman chest thumping. Make me part of the journey. Invite me on board. You’re not saving anything, dear company, besides maybe your own ass and bottom line.

In 2020, let’s listen more and preach less. Long live everyone, even the climate deniers. We all need to share this earth together.

This article is originally posted on Adweek.