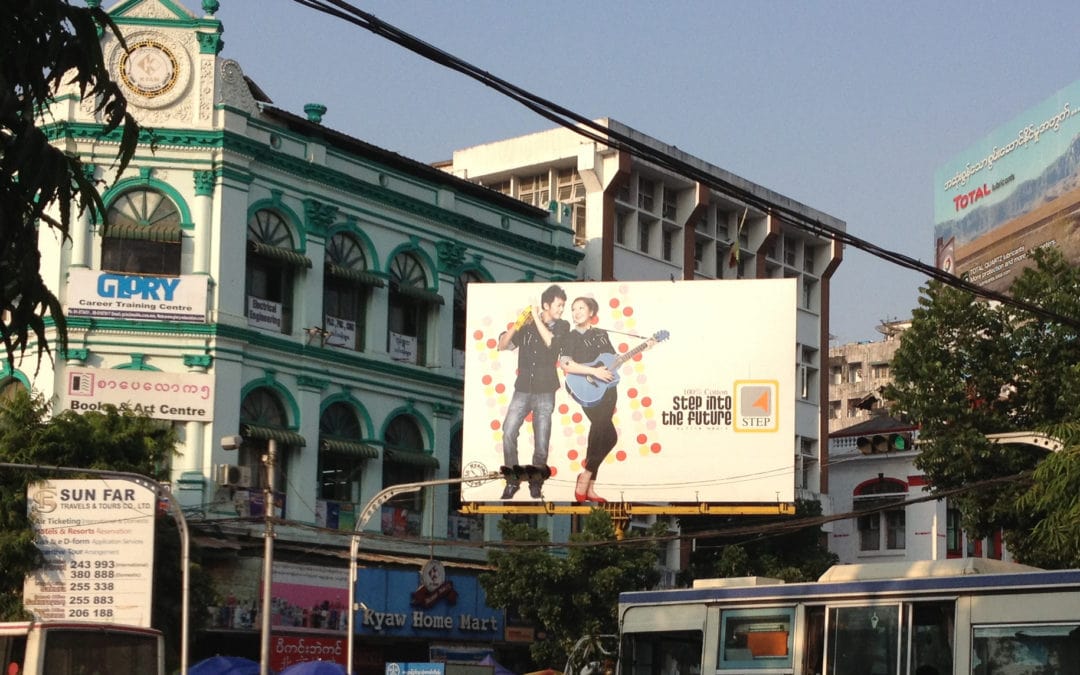 It’s not every day that a new consumer market of over 60 million people opens its neon-lit gates. I was speaking last week at an advertising summit in Yangon, Myanmar and it was an exciting opportunity to get a look at a cute Asian kitten before it grows into yet another Tiger. And it was an even more exciting opportunity to meet and talk with the many friendly people from Myanmar; a country that has yet to be ruined by heavy tourism, and yet everyone welcomes you with a smile and the greeting Mingalarbar.

After the country’s recent democratic reforms, new steps are taken every day to develop the country’s commercial possibilities. Myanmar has allowed the free press to evolve and several papers are currently in the early phases of their creation. The telecommunications sector has been seriously limited in the past because of the steep price of SIM cards, but that is something that’s quickly going to change as more than 50 Telco’s are proposing to be Myanmar’s Tele-darling. The capital city has already seen an explosion in cars and the inevitable traffic jams following in a cloud of exhaust fumes. Advertising has also arrived and the big billboards covering central Rangoon are the most visual evidence so far, with their familiar faces: Coca-Cola and other multinationals like Philips, Unilever and many, many more. I also spotted a few advertisements with a greenish touch such as an eco range of fridges from Panasonic to a cosmetics company bragging about its all-natural ingredients. But will the companies vying for Myanmar’s consumers’ attention live up to their responsibility or continue the mistakes of the past such as feeding the needy with fatty, sugary foods and liquor? One billboard for a fashion company I spotted in Myanmar reads, “Step into the Future.” Who should determine that newly won capitalistic future? The government, the people or the companies?

Will we see, as in many other developing markets, local traditions give way – especially to young consumers’ cravings for anything that’s from the outside and heavily supported by marketing? The first battle will probably be waged between Myanmar’s traditional skirt-like longyi (worn by men and women) and the jeans of the West. Not the first time jeans have been part of a liberation struggle… It’ll also be interesting to watch how the real estate market will behave and especially whether the many beautiful colonial buildings will be dwarfed or even knocked down by towers of concrete, glass and steel. If you get the chance you should get your hands on the book, “Yangon a City to Rescue” by Jacques Maudy and Jimi Casaccia; documenting many of these historic buildings and their aesthetics, moreover it’s also supporting the early conservation efforts to turn these buildings into national heritage sites.

One thing is certain though: Things are moving quickly and I hope somebody is looking out for this newly born Asian kitten otherwise it might end up with a bad start in life where the hunger for rapid growth will have serious environmental and social consequences. Go visit Myanmar now, before globalization shares the best and the worst of our world; visit the land of the Golden Pagodas, golden commercial possibilities and the people with hearts of gold.