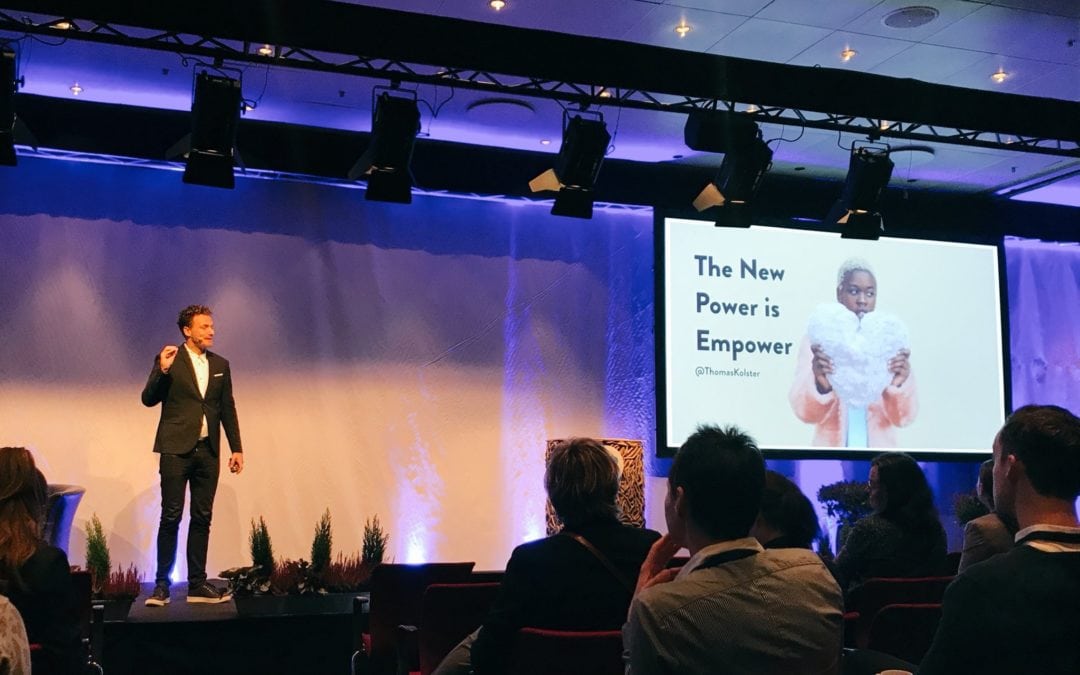 Thomas Kolster
“It’s not about people in power, it’s about power in people.”

Mr. Goodvertising himself, Thomas Kolster, kicked off the Wednesday morning plenaries by introducing himself, a self-described ex-advertising guy turned sensible. He announced his next new project that is still underway — and rather than presenting a finished book, he was putting it to the audience to get their input.

His latest book, provisionally titled, The new power is empowerment, unravels how and why brands need to redefine the good life and give individuals the power to get involved in this process. 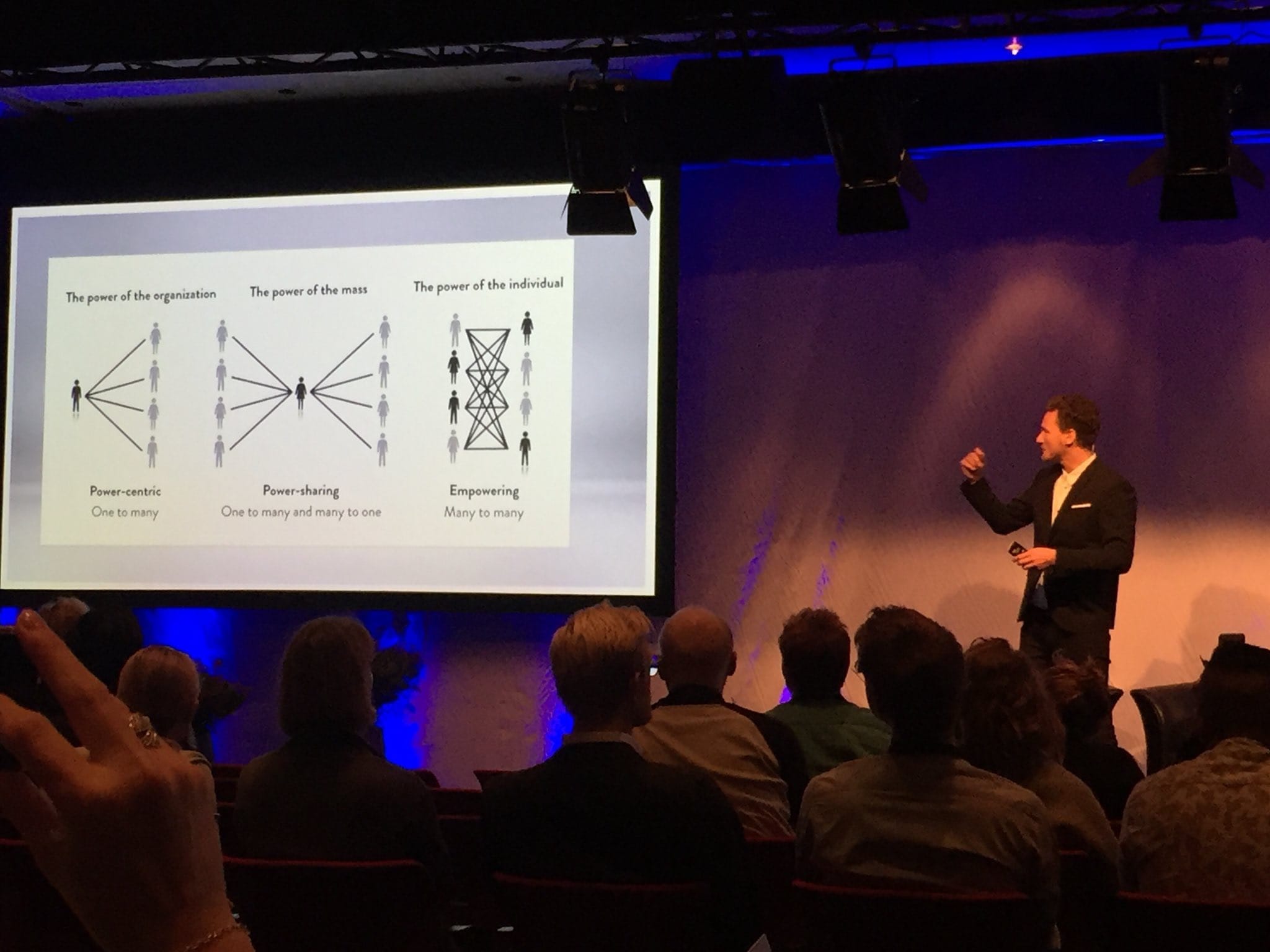 The Good Life WBCSD 2017 report showed people are taking more control: They are their own taxi drivers (Uber), opening their own hostels (Airbnb) and are even starting their own coffee businesses with a purpose (Wheelys). This is all challenging the very essence of what makes a good product or service.

Kolster cited the 2017 Cone Communications CSR study: “43% of people believe they are the change makers. People are the ones solving the world’s problems.” People believe they have the power to make change through mass power-sharing. The role of brands is no longer to say “we care.” Kolster used Avis’ tagline, “We try harder,” as an example. Brands must now be the enablers that ask ‘what can we do for you’ and find ways to empower people on their journey to redefining the good life. How can they help people move from having the intention to make better choices, to actually taking action? 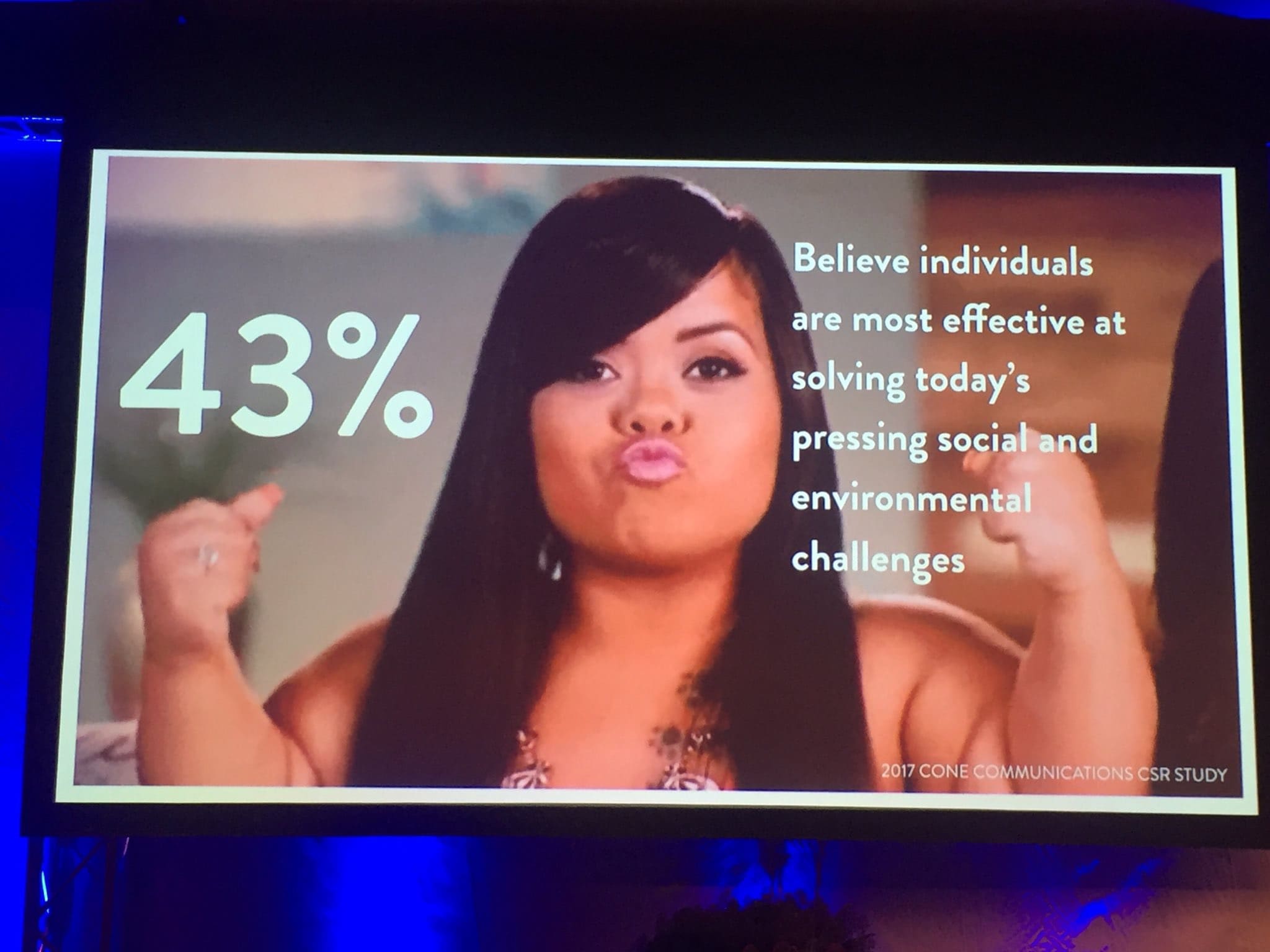 Kolster gave the great example of wanting to eat more veg but not being very good at making food. His veg box arrives with recipes to help him get creative with the food he receives and become a better cook. Also, the Movember movement — a men’s health campaign that inspired and empowered people to participate and take ownership, which in turn led to it developing into an internationally recognised campaign.

It takes a new type of leadership to make this happen. As Kolster pointed out: It is not about the privileged few, but the talented many.