Where Should the ‘Responsibility’ in CSR End? 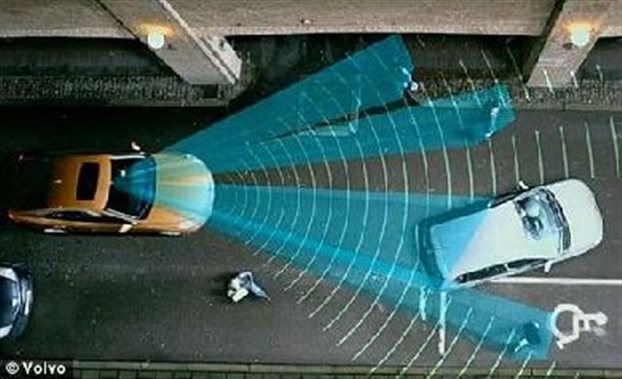 When a factory building in Bangladesh collapses, people start waving their Corporate Social Responsibility (CSR) banners, much in the same way heat waves or heavy rains remind us of climate change, only to be all but forgotten a few weeks later when the latest pop star does something stupid and is caught on camera. Only rolling out the CSR machinery in the event of a crisis is just not good enough. If that is all you do, you may as well fire your CSR team, axe the CSR report and relegate the CSR department to legal.

Economist and free market fundamentalist Milton Friedman didn’t mince his words (or soften his heart) when he said, “The only business of business is business, and staying within the limits of the law.” But let Friedman make his own way towards social and environmental collapse. Today, firms see CSR as not just responsibility, but as an opportunity for creating value – a common value for brand, bottom line, people and the environment.

Redefining the business of business
The CEO of Unilever, Paul Polman, has set an ambitious target for Unilever: to simultaneously double revenue and halve the company’s environmental impact by 2020. While Unilever is sounding a rallying cry for common values, the company also beats the growth rates of its competitors, P&G and Nestlé.
A group of forward-thinking business people such as Paul Polman, Virgin’s Richard Branson and Jochen Zeitz from Kering have launched the organization The B Team, with the goal of redefining the business of business, so that profit flows from a point of co-existence instead of at the expense of people and the environment. If Friedman is the A Team, we all know which team to cheer for.

Value for shareholders vs value for stakeholders
For the many textile merchants (or call them fashion brands if you want), the Dhaka building collapse in Bangladesh – leaving more than a thousand dead and several thousand wounded – was a dire warning. Consumers were shown in horrifying TV pictures illustrating who really pays the price for a cheap t-shirt. On the other end of the scale, you find the Belgian clothes company Honest By, which aims to be 100 percent transparent with regard to how they obtain fabrics, manufacture and even price their goods – and on top of that, they donate 20 percent of the company’s profits to charity.

What we have here are two visions at war: value for the shareholders versus value for the stakeholders. This defines stakeholders in the broadest possible sense though: the company, investors, customers and the rest of us inhabiting the same planet as the company. The supporters of the former vision are dwindling, while the numbers of the latter are growing.

Consumers have a choice!
A company like Coca-Cola has also started to look at the challenges they face. This spring, the company launched an anti-obesity campaign, and, like McDonald’s and many others in the “heavy weight” industry, they chose to highlight the customer’s choice between non-sugary soft drinks and the less healthy alternatives. The core argument is: we offer our customers the choice between healthy and unhealthy – now it is their responsibility what to choose.

At the same time, Coca-Cola is actively working to counter the negative effect of their products through TV ads encouraging exercise and a healthier lifestyle. Coca-Cola has not taken the road of responsibility purely out of concern – there is a lot of money at stake. Actively, Coca-Cola has proven to investors and consumers that they have a considered strategy in place. Now all that remains is for them to convince all of us that they mean it. From cradle to grave; all along the value chain.

Where do we draw the limits for responsibility?
A company’s responsibility used to stop at the factory gates, but now covers the entire life cycle of the product from cradle to grave – as in Unilever taking responsibility for reducing the amount of water you need when washing your hair with a shampoo they produce.

But where does this responsibility end? Should the alcohol industry be held responsible for the 2.5 millions alcohol-related deaths every year? Can the fashion industry be blamed for anorexia and unhealthy body image issues amongst young women?

Rules or voluntary action
Every year, the Danish Ministry of Health spends millions of taxpayers’ kroners on campaigns designed to encourage Danes to drink less and exercise more. But this is just a drop in the ocean compared to the advertising budget of the alcohol and fast food industries. Perhaps it is not so strange that the effect of this messaging is lost along the way? In the USA, it is now law that the tobacco industry must inform people about the ill effects of smoking on your health. Maybe this could become reality in more industries if rules win out over voluntary action?

Innovation should serve sustainability
Last spring I interviewed Hannah Jones, VP of Sustainable Business & Innovation at Nike. Notice her title: innovation must integrate with sustainability. Hannah spoke of how the accusations leveled at Nike in the nineties, which claimed they used child labour, were the greatest threat to the company, but at the same time the company’s biggest gift and a golden opportunity.

It made them embrace and eventually spearhead a wave that has revolutionized their industry. CSR is only valuable when it is strategically integrated in the company. Another example of sustainable innovation is Volvo, whose sturdy-looking vehicles have always been a symbol of safety. Volvo is now taking an innovative step beyond mere responsibility for their customers. They promise that by 2020, no one will die or be seriously injured in a Volvo – including the pedestrians outside the vehicle.

Two of their latest innovations are Pedestrian Detection, where the car automatically scans for pedestrians and brakes before a collision, and Pedestrian Airbag Technology, an airbag that protects pedestrians in a collision – outside the car! Volvo shows the way for an entire industry – and shows that a sustainable approach to innovation is the way ahead, rather than this year’s new diamond-shaped headlight design.